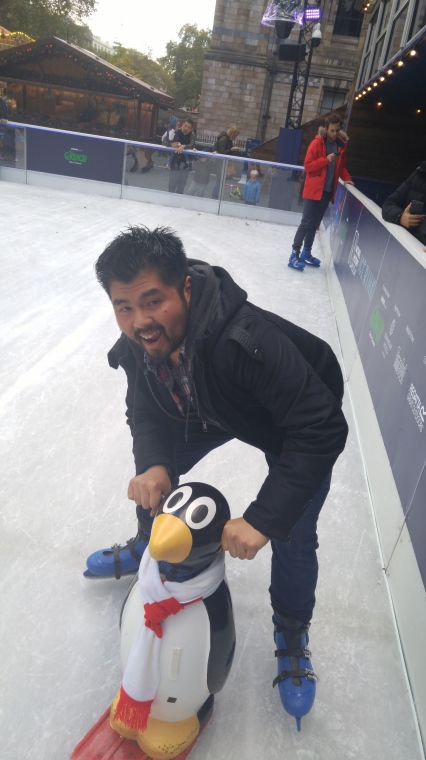 Sometimes we need a little help to keep from falling


I’m not going to lie, I have spent the past few months lollygagging around; there was a point in my life where I did not know where I was going or what I wanted to actually do. So like many people who are in the post-college-oh-shit-I’m-almost-30 slump, I got a job making tips so I can participate in what some may call “Life Experience.” AKA: drinking myself into oblivion and avoiding all adult responsibilities.

Despite how much damage I put on my brain and liver, I still have a mind that will always (sometimes) want to make the “right” decisions. However, ingesting a bunch of booze can force your brain on a time-out, interfering with your conscious decision-making as you board the blackout train. For a random example (don’t look too much into it), making the choice of raging on a giant hill in Berkeley to drink alcohol and chase just-made-it-to-18-year-old-Irish girls a viable one for a soon-to-be-30-year-old-but-looks-23-cuz-he’s-Asian an easy one.

Ahh, I can’t lie. That was me, sorry for fooling you. Stupid? Yes. But at that point in my life, I found it easier to deal with the I’m-too-old-for-this-shit hangover than to confront my future with a sober mind. Trust me, getting rejected from a girl whom you may never see again is better than getting rejected by life.

The big thing I’ve noticed is that I am not alone. There are plenty of people like me who feel unmotivated, taking one step forward while taking two vodka shots back. If you don’t want to admit your similar circumstances, then we can just say it’s “your friend” (ehh, wink wink).

People in my age group are down and feel as if they have lost their path in life. Being lost can mean a lot of different things. You don’t have to be broke and living with your parents to feel like you don’t know what the fuck you’re doing. Look at me, I have a decent paying job that pays for self-destructive things that I do, I’m still alive, to say the least. Despite all of the positive factors in my (and probably yours) life, there’s still a lingering feeling of emptiness, a void in adulthood left unfulfilled.

Why are my peers and I so messed up? Growing up, we were told that we could be anything and do anything, but yet some of us do nothing or, worst, can’t. Are the destructive lives and uncertain future of millennials a result of poor planning, were our pipe dreams too big? Did you really need to take a bong rip and blow off work for the new season of Stranger Things. Well, I don’t know the answer. But I do know one thing: It’s probably because we broke ass shit and our education is nothing more than a glorified party degree.

Don’t just take my word for it. In Stephen Harrison piece “Start-Ups Aren’t Cool Anymore”, he explains how we millennials are fucked. “Underemployed Millennials simply could not build as they entered the workforce,” Harrison wrote. “Student debt worsened the underlying economic problems.” Our education was not providing the cash flow that we need to build a more Instagram perfect life. No money, mo problems.

If the words of a Dallas writer doesn’t convince you how us born in the late ’80s got the short end of the stick, then let the American government tell you. In “Are Millennials Different?”, a study by Christopher Kurz, Geng Li and Daniel J Vine for the Federal Reserve, we basically are told that we are smarter, have different ideas in life because we’re racially diverse and are poor because the past generation handed us a shitty economy.

They didn’t exactly say that (it was me who paraphrased it, shhh).

“Millennials are more racially diverse, more educated, and . . . are less well off than members of earlier generations when they were young, with lower earnings, fewer assets, and less wealth. For debt, millennials hold levels similar to those of Generation X and more than those of the baby boomers. Conditional on their age and other factors, millennials do not appear to have preferences for consumption that differ significantly from those of earlier generations.”

So, the people who are blaming us for the downfall of the economy are actually the ones who fucked it all up. Shame, shame, blame game.

Now, what are we going to do about it? Honestly, we just have to play with the hand we’re dealt and not give up!

Personally, I take one day at a time while planning for my future. Sure, the planning part might not be consistent, or it may be put on pause for a music festival, but you have to just live life. But, you gotta make sure that you’re still making small steps forward, even if it’s with one hangover at a time.

Listen to some music, save money and take a vacation or watch a relatable TV show for a false sense of comfort. Take a drink and have fun on this adventure and try not to let the little stuff bring you down.

It’s no big secret I love the show New Girl. To quickly sum up the show, it’s about a group of friends who are nearing the age of 30 trying to find their path in life.

His love for me is unbearable at times.

Sounds familiar? The show reminds us how surrounding yourself with positive friends and family can make this butterflying a more fun experience. You may be awkward and poor now but with help from the village, you can transform into a less poor and an even more awkward adult.

It’s ok to be unhappy and it’s ok to be happy with your current self in “adulthood.” Don’t feel guilty for having fun now, but know that you can’t Peter Pan it forever.

So, that’s what I’ve been up to, taking a turn onto Dazed and Confused road with everyone else. I’m not saying that I’m a changed man, I’m still that Asian boy who’s trying to find the right banana milkshake blend of Asian and American who continuously disappoints his hard-working Oriental parents. I am working on it and so are my fellow post-grad slummers.

If all else fails, you and I can always become sugar babies (;P)