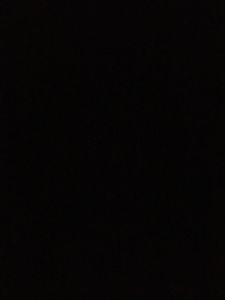 Hi hi. I just wanted to respond to something I’ve been seeing amongst my Asian American community. It’s an awkward time to post this and I don’t want to make it about us, but this mindset of “US Asian vs THEM other people of color” has to be addressed.

I understand that some of y’all are feeling frustrated about the current crimes between people of color and the looting of AA businesses. When you’re angry, it’s easy to blur the lines between protesting and rioting/looting. (I also think there’s a conspiracy between white supremacists and looters teaming up to cause the riots but that’s beside the point.)

I get it. You (we) have every right to be angry at the violence done onto AA and the destruction of private property because some of those moms and pops don’t have insurance. (We can’t all be Rooftop Koreans.) Because of this, I’ve seen a lot of AA saying racist stuff on social media or taking their anger out on the BLM movement and it’s not right.

Defending your property is one thing, but you can’t demonize a whole color of people. And you can’t let keyboard warriors get to you when reading comments defending the looters and calling us chinks. Right now, you kinda have to just let it go and try to move on. It sucks, I know. I don’t want to feed into the stereotype that Asians are passive but right now it’s not about us. We can’t right racism with racism.

Remember that one person or group of people doesn’t represent a whole race/gender/color of people. I know it hurts to see a member of the AA community getting harassed or ridiculed on social media, but right now it’s not the time for our fight. Right now, we have to be there and support our friends and family in the BLM movement.

I know there’s a problem in Asian culture where we view dark-skinned people (black or just darker-skinned in general) as lower-class people. And it’s something we need to work on as a community if we want to succeed in today’s society. I know people have weaponized the model minority myth to hurt us as AA but we can’t keep retaliating with our own racial biases and continue to be part of the problem. We need to be part of the solution.

Again, right now, it’s not about us. So please, just be kind and respect one another because things are probably going to get uglier from here. We can’t expect a peaceful solution between people of color if we keep contributing to the problem. We AA are no better than any other race. We’re all Americans at the end of this and cannot continue to hold onto these racial prejudices or envious feelings of the BLM movement if we want to build a better future in America.

I’m probably going to get shit for this post from both sides, so whatever. I’ll just spam a bunch of emojis because I really don’t want to debate this. I just want violence and hate between people of color to stop.